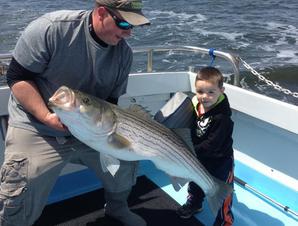 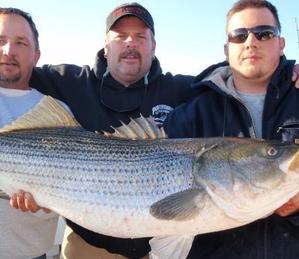 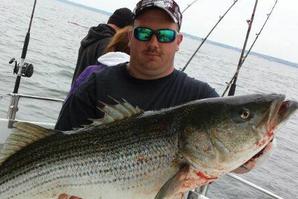 Hello.. This is Captain Dan (Daniel Morrison) I began recreational fishing and crabbing on the waters of the Patuxent River in the early 90's with my grandfather. There was not a weekend that past that you would not find me out on the river. In 2003 I began working part-time as a deckhand with Captain Tom Rials aboard the "Hooker" and "Lady Hooker". It was not long after starting the position that I turned into full-time and was fishing 2 trips per day as well as volunteering with the North Beach Volunteer Fire Department. All we fished for the most common species Spot, Croaker, Perch and bluefish. At night the coolers were filled with jumbo Croakers. In the off season , I pursued certifications as a EMT, First Aid and numerous Firefighting courses.

​​In 2006 I started working aboard the charter boat Perseverance with my stepfather Captian Tim Gasch. Since then Captain Tim has passed on a substantial amount of knowledge of trolling, chumming, live lining and just about every possible way to fish in the Chesapeake Bay. Captain Tim and I have had many great success in several tournaments throughout the previous year's and really in depth molded me to the waterman I am today. In addition I have had the privilege of fishing with some of the most knowledgeable Captains to fish the Chesapeake Bay. There is only a handful of boats that I have not been on the square end of at least 1 time.

In 2009 my Wife Kellie and I were surprised with a Baby boy (Logan) who within a week of being born was introduced to the waters of the Chesapeake Bay. To this day at 5 years old Logan and I both endure a passion for fishing and do so as often as possible.

In 2012 I set out on my way and attended 3B's    Captains School and obtained a 50- Ton Masters United States Coast Guard Captains License. It is hard to find a day that you will not find me out on the Chesapeake Bay, weather I am scouting new fishing grounds or for hire. I have fished many waters up and down the east coast and targeted many types of species. As a young motivated Captain at the age of 26, I strive to produce a fun filled day with "plenty of catching". 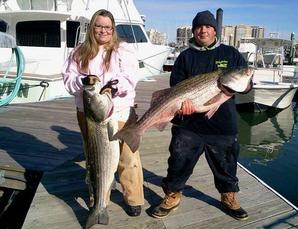 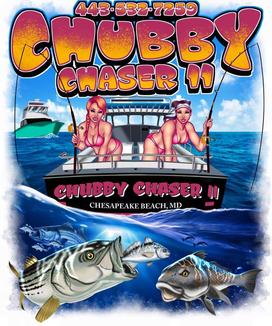